where xn designates the preys and yn the predators. This two-dimensional discrete map considers populations with non-overlapping generations and was based on Nicholson-Bailey host-parasite equations to describe the interactions between a population of herbivorous arthropods --- invertebrate animal having an exoskeleton --- and their insect parasitoïds. [2] Beddington and coworkers observed some chaotic behaviors as the one plotted in Fig. 1 with the parameter values

This map is most likely one of the very first to be chaotic and published. 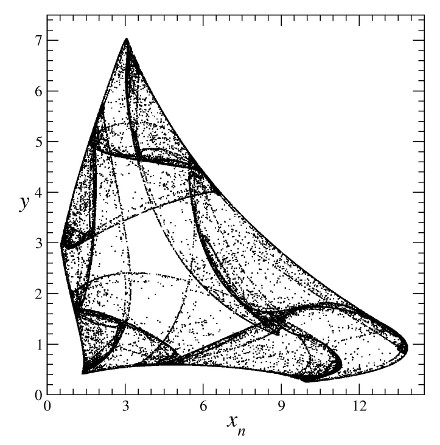