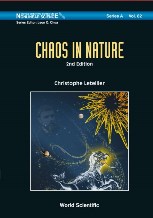 This book is devoted to the history of chaos theory, from the celestial mechanics (three body problem) to electronics and meteorology. Many illustrative examples of chaotic behaviors in various context found in nature (chemistry, astrophysics, biomedicine). If this book of course contains the most popular systems from chaos theory (Lorenz, Rössler, van der Pol, Duffing, logistic map, Lozi map, Hénon map…) it introduced many other systems, some of them being quite rarely discussed in textbooks as well as in scientific papers. The construction of this book is very original compared to the other book about chaos theory.

This book provides the key contributions to chaos theory with full references to the original works and some realistic examples in nature. Many aspects discussed in this book are original (never published elsewhere).

Nowadays, ’chaos’ is a term with two common meanings, one being a kind of random disorder, the other being unpredictability in spite of the absence of randomness. The latter is called ’deterministic chaos’ to underline the fact that a system under discussion is fully governed by deterministic rules, but its sensitivity to initial conditions makes it unpredictable beyond a certain point in time. Scientist Edward Lorenz put it nicely : ’When the present determines the future, but the approximate present does not approximately determine the future.’ Many systems in nature (and in man-made reality) are chaotic in this sense, which is true across a wide range of disciplines. Since predictability of a system is usually highly desired, such as in weather forecasting, deterministic chaos is an active field of study in all of those disciplines. The temporal horizon for the predictability of a system ranges from nano-seconds for spatial distributions of small amounts of gas molecules, milli-seconds for charge distributions in electrical oscillatory circuits, minutes for substance concentrations in certain chemical reactions to days for weather and millions of years for the motions of planets in our solar system.

The present book takes a look at the science behind the behaviour of such systems, particularly with a strong devotion to the history of deterministic chaos theory. It is volume 94 in World Scientific’s ’Series on Nonlinear Science’ that holds books on non-linear dynamics, chaotic systems, and the like. It is also the second edition of the title, following its original edition from 2013, which has appeared as volume 81 in the same series, and is now revised and slightly expanded. Since the book has a strong focus on historic aspects, it begins the discussion with the historically first example of unpredictability due to strong dependence on initial conditions, which is the three-body problem from celestial mechanics going back to the times of Kepler and Newton. This is the first part of the book and is entitled ’From Celestial Mechanics to Chaos’. It discusses the laws of dynamics, the three-body problem, its possible simplifications, early successes in celestial mechanics and the analytic way to the insight that systems may be deterministic but still unpredictable. Based on that, it discusses the stability of the solar system and the small-divisor problem that limits the predictability of most celestial motions to several millions of years.

The second part of the book is entitled ’Chaos in Nature : Properties and Examples’. It shows that deterministic chaos and the related unpredictability can be found in many systems, such as in coupled mechanical oscillators of various kind, in electronic circuits with oscillatory properties, in meteorology and weather prediction, hydrodynamics, laser dynamics, chemical reactions, population evolution (predator-prey population), in the chaotic behaviour of stars (solar cycles, sunspot numbers), and in chaos within biomedicine and biology (cardiac arrhythmias, tumor growth, animal colouring patterns). The text is very thoroughly written and is interesting to read. It is supported by numerous black-and-white figures and tables, and is referenced to scientific publications. It features many citations from original work and historical information about both the science and the scientists, which is a special feature of this book. The required mathematics is limited, which increases the possible readership. This book can be recommended to basically any reader interested in the science and history of deterministic chaos with a background in natural science, as well as to readers from the side of mathematics with an interest in the description of such non-linear systems. 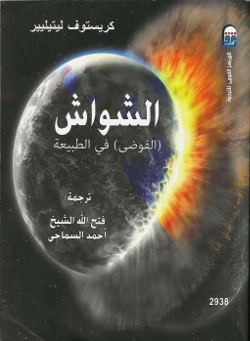