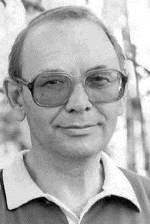 A Plykin attractor is a limit set for a map defined - initially defined on a plane in the spirit of Smale’s horseshoe [1] by Romen Vasil’evich Plykin [2]. As reported in [3], "Plykin also showed that the complement of a connected 1-dimensional basic set of the diffeomorphism of the 2-sphere consists of at least four connected components (the Plykin attractor has precisely four components in its complement), each containing at least one periodic attracting or repelling point. The Plykin attractor has unusual topological properties : it is an indecomposable continuum which looks locally like the product of the Cantor set and a closed interval and which is the common boundary of the four domains forming its complement." The main interest of the Plykin attractor is that it is a uniformly hyperbolic attractor.

An explicit set of equations was recently proposed by Serguei Kuznetsov [4]. Starting from the piecewise flow

is computed to produce a representation of a Plykin attractor (Fig. 1). For this attractor, parameter values were as follows. 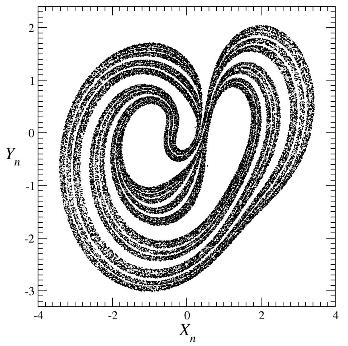 Fig. 1. The Plykin attractor as produced by the piecewise flow designed by Kuznetsov.

The flow producing the Plykin attractor is not continuous as shown in Fig. 2. In spite of this, it is rather surprising to produce such attractor with so simple equations. 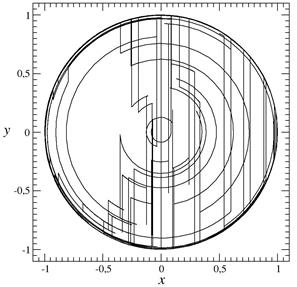