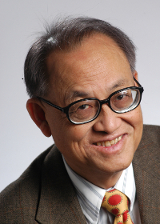 The Chua circuit is an RLC circuit with four linear elements (two capacitors, one resistor and one inductor) and a nonlinear diode, and can be modeled by a system of three differential equations. The equations for the Chua circuit are [1] : 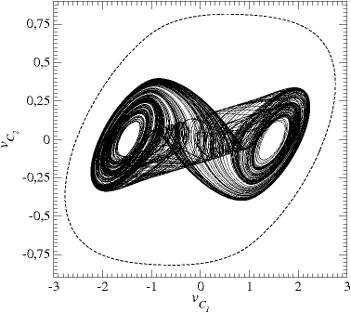 In a beautiful paper [2], the topology of this attractor was described in terms of a branch manifold (template) as shown in Fig. 2. The first electronic circuit with a five-segment odd-symmetric v-i characteristic by Farhad Ayrom (Berkeley University) and Guo-Qun Zhong (Academia Sinica, Guangzhou, People’s Republic of China), designed an electronic circuit [3]. A historical account on the discovery of this circuit is given in [4]. According to Robert Ghrist and Philip Holmes, this attractor is characterized by a template which contains all possible knots [5]. 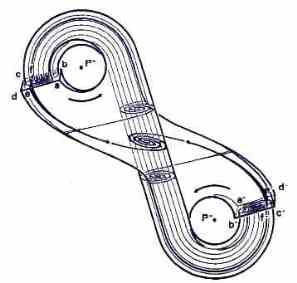 Fig. 2 : Template for the double-scroll attractor.