A great number of techniques developed for studying nonlinear dynamical systems start with the embedding of a scalar time series, lying on an m-dimensional object, in an embedding space of dimension d. In a number of practical situations, the choice of the observable does matters for our ability to extract dynamical information from the embedded attractor.
To quantify the observability, we estimate observability indices which have direct bearing on standard problems in nonlinear dynamics such as model building, control techniques and synchronization.

Our collaboration is supported by CNRS and CNPq since 1999. It is now supported by PICS 4923 entitled From nonlinear dynamics to biomedicine : techniques for investigating the cardio-respiratory system.

C. Letellier & L. Aguirre, Investigating nonlinear dynamics from time series : the influence of symmetries and the choice of observables, Chaos, 12, 549-558, 2002. 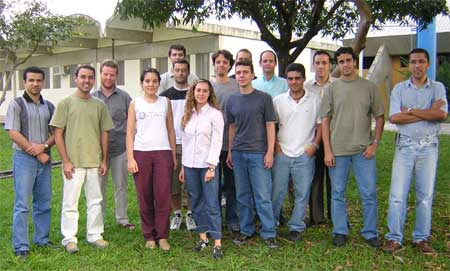