where the nonlinear switch is the piecewise linear function

With appropriate parameter values as

a chaotic attractor is obtained as plotted in Fig. 1. 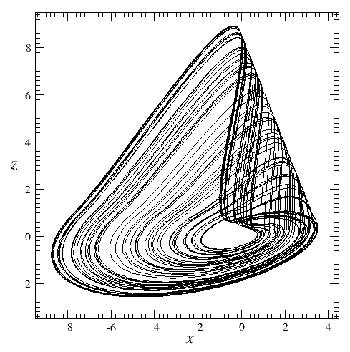 a first-return map is computed (Fig. 2) : it is a unimocal map which is associated with a complete symbolic dynamics, as indicated by the increasing branch with touches the first bisector. 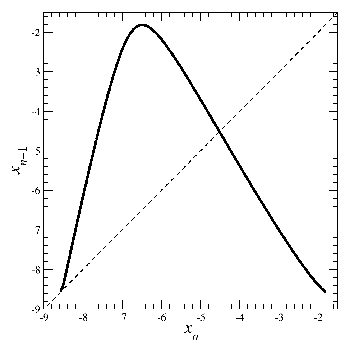 Fig. 2. First-return map to a Poincaré section of the chaotic attractor produced by the Wien-bridge oscillator.

According to the recent taxonomy of chaos [2], this unimodal chaotic attractor is a C1T1 bounded by a genus-1 torus and characterized by a unimodal smooth map with a global torsion of a half-turn.