One Hundred Years of General Relativity 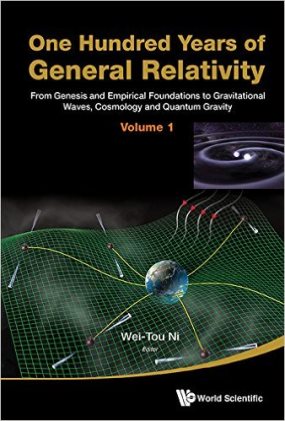 The aim of this two-volume title is to give a comprehensive review of one hundred years of development of general relativity and its scientific influences. This unique title provides a broad introduction and review to the fascinating and profound subject of general relativity, its historical development, its important theoretical consequences, gravitational wave detection and applications to astrophysics and cosmology. The series focuses on five aspects of the theory :

The genesis of special relativity is intimately related to the development of the theory of light propagation. When optical phenomena were described, there are typically two kinds of theories : (i) One based on light rays and light particles and (ii) one considering the light as waves. When diffraction and refraction were experimentally discovered, light propagation became more often described in terms of waves. Nevertheless, when attempts were made to explain how light was propagated, it was nearly always in terms of a corpuscular theory combined with an ether, a subtle medium supporting the waves. Consequently, most of the theories from Newton’s to those developed in the 19th century were dual and required the existence of an ether. We therefore used the ether as our Ariadne thread for explaining how the principle of relativity became generalized to the so-called Maxwell equations around the 1900’s. Our aim is more to describe how the successive ideas were developed and interconnected than framing the context in which these ideas arose.