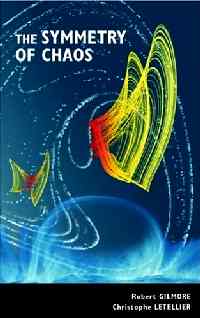 Chaos and fractals are part of dynamics, a larger subject that deals with change, with systems that evolve with time. Whether the system in question settles down to equilibrium, keeps repeating in cycles, or does something more complicated, it is dynamics that scientists and mathematicians use to analyze a system’s behavior. Chaos is the term used to describe the apparently complex behavior of what we consider to be simple, well-behaved systems. Chaotic behavior, when looked at casually, looks erratic and almost random. The type of behavior that in the last 20 years has come to be called chaotic arises in very simple systems. In fact, these systems are essentially deterministic; that is, precise knowledge of the conditions of a system allow future behavior of the system to be predicted. The problem of chaos is to reconcile these apparently conflicting notions: randomness and predictability.

Why have scientists, engineers, and mathematicians become intrigued by chaos? The answer to that question has two parts: (1) the study of chaos has provided new conceptual tools enabling scientists to categorize and understand complex behavior and (2) chaotic behavior seems to be universal - from electrical circuits to nerve cells. Chaos is about predictability in even the most unstable systems, and symmetry is a pattern of predictability - a conceptual tool to help understand complex behavior. The Symmetry of Chaos treats this interplay between chaos and symmetry. This graduate textbook in physics, applied mathematics, engineering, fluid dynamics, and chemistry is full of exciting new material, illustrated by hundreds of figures. Nonlinear dynamics and chaos are relatively young fields, and in addition to serving textbook markets, there is a strong interest among researchers in new results in the field.