I was born in 1966. I received a Bachelor degree in 1985. From 1985 to June 1989, I was involved in Physics. As a result of this work, in 1989, I received a Master’s degree in Physics from University of Rouen. In September 1990, I was involved in the DEA Champs, Particules, Matières (University of Orsay). In September 1991, I joined the CORIA as a research student for working on Topological characterization and global modelling of chaotic attractors. In May 1994, I received a Ph.D. degree for these researches.

In September 1994, I joined the Department of Physics of the University of Rouen as a temporary assistant professor where I got a permanent position in September 1996. I got my Habilitation to Direct Researches in January 1998 and became full professor in 2007.

Currently, I am lecturing for undergraduate students (fluid mechanics for students in the first year of the medical course) and to Master students (nonlinear dynamical systems theory, Introduction to Fluid dynamics and boundary layers). In the past, I taught history of science, introduction to astrophysics, introduction to atomic and nuclear physics, ntroduction to mechanics... I supervised Master projects as well as post-graduate researches in the theory of non Linear Dynamical Systems (from theory to biomedical applications). From 2008 to 2015, I was in charge to manage a course in Engineering for Bio-Medicine (IBIOM).

My main research topics include :

Jazz Today, I am listening Smart Set by Mourad Benhammou and his jazz workers. Mourad is now a quite reputed French drummer and, also, a friend for 30 years... He plays in this CD with some young French cats (Fabien Marcoz, Pierre Christophe, Fabien Mary and David Sauzay. A jazz coming from the 60’s with a young touch. 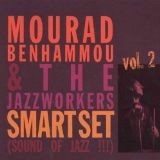 A tribute to Roland Kirk by Mourad and his friends.

and Abbey sings Abbey by Abbey Lincoln, a great emotive Jazz voice... who is now a small star in the sky. 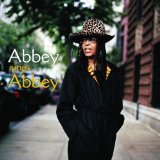 Among the new CDs in my collection, one is entitled Burning Bright played by the very amazing pianist, Tom McClung who enjoys quoting Duke Ellington, Thelonious Monk, McCoy Tyner, Horace Parlan (among others) to enrich his own musical universe. A very open and touchy music with an obvious sense of humor produced with Matyas Szandaï and Mourad Benhammou. Highly recommended.