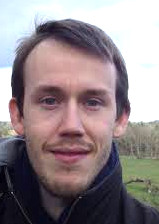 Abstract In this Ph.D. thesis we characterize the topology of chaotic attractors solution to set of differential equations. The first part is devoted to a systematic procedure to construct template for describing the topology of chaotic attractors bounded by torus with a genus-one or higher-genus, in the case where the holes are aligned ; this procedure is valid for attractor with symmetry properties or not. We thus constructed reduced templates of many chaotic attractors : template is thus made of at least one mixer defined by a linking matrix. In particular, when the bounding torus has a genus greater than one, direct templates can be viewed as a series of mixers and linkers associated with global torsion allowing to clearly evidencing symmetry properties of attractors. The second part of this Ph.D. thesis is devoted to the algebraic manipulation of linking matrices describing mixers as well as linkers. We thus defined the concatenation of a global torsion with a mixer (additive law) and the concatenation of two mixers (multiplicative law). Using this laws for combining mixers and linkers, we showed that many reduced – topologically equivalent – templates can describe a single attractor. We then defined the notion of an elementary mechanism for closed mixers. By concatenating elementary mixers, we conjectured that it was possible to obtain all elementary mechanisms by recurrence and concatenation. This list of elementary mixers depending on the number of branches could be a base of required knowledge to describe and compare template of attractors bounded by genus-1 torus without any tearing.