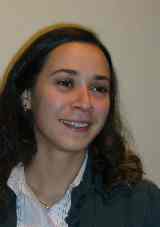 Linda Achour was born in 1978. She received a Bachelor degree in 1996. From 1996 to 1998, she was studying Physical Measures. She obtained upper technician diploma (DUT) in june 1996. Subsequently, she was involved in Biomedical Sciences until 2000. As the result of this work, she received a Master’s degree in Biomedical Sciences from the University of Lyon. In September 2000, she was in involved in the DEA in Medical and Biological Engeenering with medical imaging speciality.

From november 2001 to june 2002, she teached in secondary level about physicals sciences. In October 2002, she was selected for completing her Ph’D thesis at CORIA. Linda Achour was Research Engineer in Biomedicine for ADIR Association (Assistance à Domicile des Insuffisants Respiratoires) up to 2009. She is now BIO-Medical Engineer in Marketing for Philips Respironics.

In many clinical situations such as chronic respiratory failures, a mechanical noninvasive ventilation is applied. A significant number of patients does not tolerate this treatment for some reasons that are not so well understood. This lack of tolerance could result from the occurrence of non triggered cycles by the patient’s ineffective efforts. This thesis is devoted to the analysis of the interactions between patient and ventilator using the non-linear dynamical systems theory. Original techniques to analyse the mechanisms responsible for the occurrence of asynchronisms between patient and ventilator were introduced. Among others, we developed an algorithm for processing the data over a significant statistics, that is, on a large number of respiratory cycles. From non invasive measurements (flow and pressure), this algorithm provides automatically the number of non-triggered cycles as well as the breathing pattern commonly used in mechanical ventilation. Patient-ventilator interactions are thus investigated by combining some techniques as phase portraits and first return maps to a Poincaré section with more common statistical approaches. We thus highlighted two important factors for the quality of noninvasive ventilation : the rate of ineffective efforts and the variability over the duration of the respiratory cycle. We showed that an increase of the respiratory rate is associated with a significant decrease of the rate of asynchronisms and, consequently, a reduction of the inspiratory work. 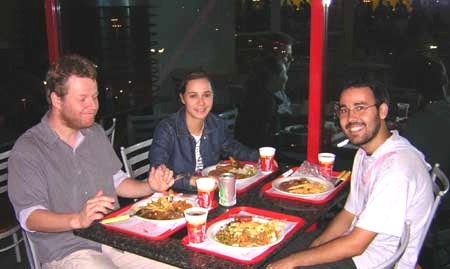